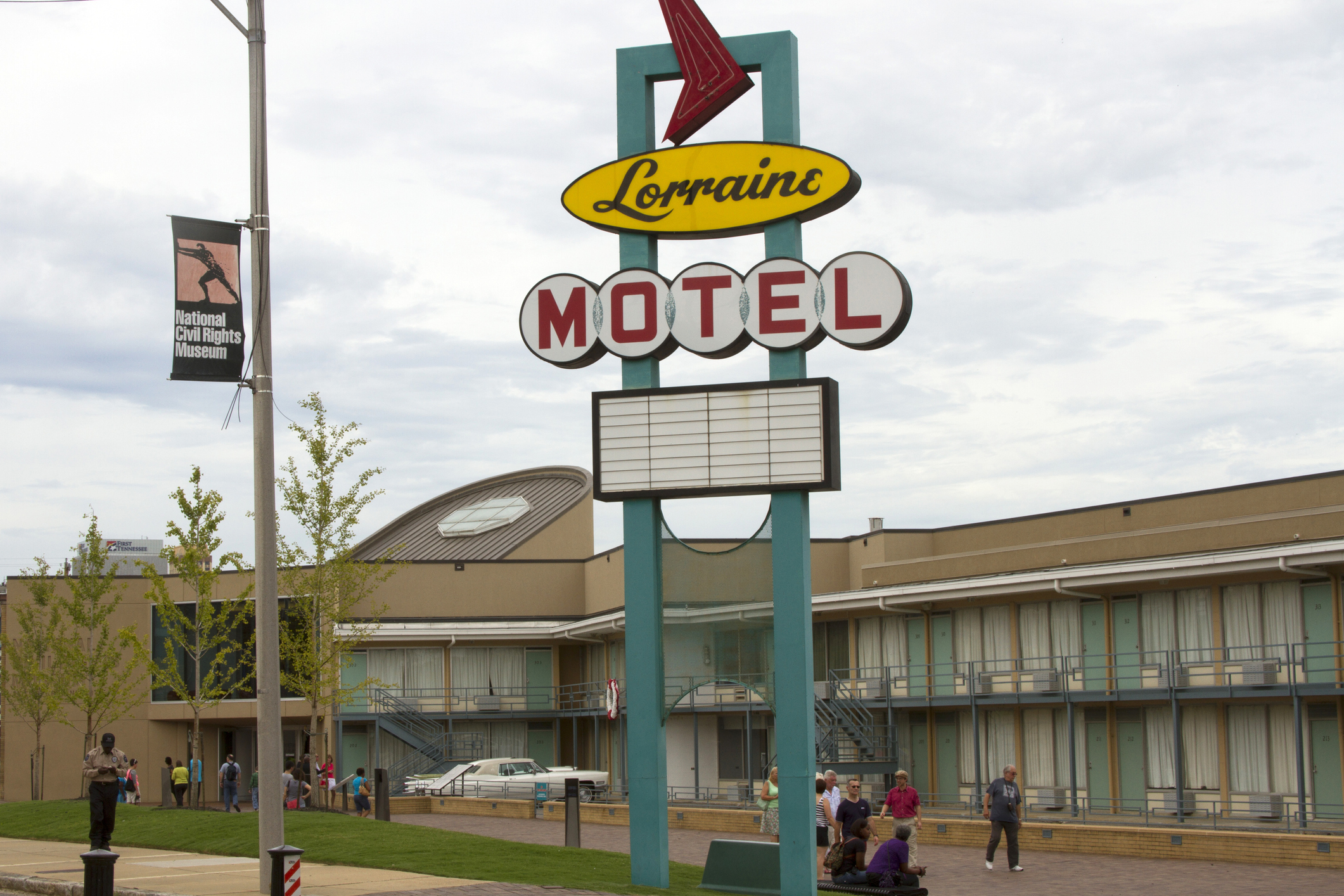 The Civil Rights Museum offers 260 artifacts, more than 40 new films, oral histories, interactive media, and external listening posts that guide visitors through five centuries of history — from the beginning of the resistance during slavery, through the Civil War and Reconstruction, the rise of Jim Crow, and the seminal events of the late 20th century that inspired people around the world to stand up for equality.

During the bus tour, you’ll visit many famous sites such as:

Slave Haven: a site that documents the history of the Underground Railroad
Historic Mason Temple: the site where on April 3, 1968, a day before his assassination, Dr. Martin Luther King Jr. delivered his famous last speech; “I’ve been to the Mountaintop.”
The National Civil Rights Museum/Lorraine Motel: where they trace the history of the Civil Rights Movement from its roots to the present. The site of the assassination of Dr. Martin Luther King Jr.
Beale Street: hear “the rest of the story” about one of America’s most iconic streets; also known as the Main Street of Black America, and officially named the “Home of the Blues” by an act of Congress in 1977.

There is so much more to Memphis than Downtown, and we are excited to show you more of it!

We will visit other neighborhoods such as:

Last and most certainly not least, your visit would not be complete without giving you the opportunity to see additional historic landmarks like:

We use cookies on our website to give you the most relevant experience by remembering your preferences and repeat visits. By clicking “Accept All”, you consent to the use of ALL the cookies. However, you may visit "Cookie Settings" to provide a controlled consent.
Cookie SettingsAccept All
Manage consent

This website uses cookies to improve your experience while you navigate through the website. Out of these, the cookies that are categorized as necessary are stored on your browser as they are essential for the working of basic functionalities of the website. We also use third-party cookies that help us analyze and understand how you use this website. These cookies will be stored in your browser only with your consent. You also have the option to opt-out of these cookies. But opting out of some of these cookies may affect your browsing experience.
Necessary Always Enabled
Necessary cookies are absolutely essential for the website to function properly. These cookies ensure basic functionalities and security features of the website, anonymously.
Functional
Functional cookies help to perform certain functionalities like sharing the content of the website on social media platforms, collect feedbacks, and other third-party features.
Performance
Performance cookies are used to understand and analyze the key performance indexes of the website which helps in delivering a better user experience for the visitors.
Analytics
Analytical cookies are used to understand how visitors interact with the website. These cookies help provide information on metrics the number of visitors, bounce rate, traffic source, etc.
Advertisement
Advertisement cookies are used to provide visitors with relevant ads and marketing campaigns. These cookies track visitors across websites and collect information to provide customized ads.
Others
Other uncategorized cookies are those that are being analyzed and have not been classified into a category as yet.
SAVE & ACCEPT
TRAVEL INFORMATION